Over the past few years, I have been experiencing many different emotions in my life.  My children have both left home.  Eian is 21 – currently stationed in CO for the United States Army.  Evan is 19, graduated from HS & currently living with his father here in Frankfort.

I can honestly say I’m proud of both of my boys.  While they are completely different people, I love them both the same.  With Eian, my first born, I learned to experience my FIRSTS with him.  As a parent, your first born puts you through everything first, you feel so inexperienced and unprepared.  With your second child, you think you should have things mastered.  You have experienced most everything you thought possible.  WRONG, he’s my baby – the last one to leave the nest.  Truth is since Eian turned 13 I started preparing for his graduation, and departure emotionally.  So, that I didn’t break down and cry at graduation or his open house & such.  With Evan, I began the same process but, it was different.  It was different because I knew I wouldn’t have to prepare for those emotions ever again, he was the last one I would experience those emotions with.

You see as a Mother, I tend to take everything personally when it comes to my boys.  Their success, their errors, their compliments, their flaws.  For, I am half of what created them, and all that carried them.  For me, being a Mother – fulfilled me.  Growing up, that’s all I knew for a fact I wanted.  I wanted to be a Mother.  I didn’t think about how the roles of Motherhood would change once they became adults.

Obviously, I’m always going to be their Mother – nothing can ever change that.  But, the roles change.  You step aside, you watch from the sidelines waiting.  For if they need or want your input, they will ask.  You hope that everything you gave them was enough!  You hope that what they experienced growing up, they remember.  You were brought up in a loving home of God.  You got to watch your parents in a kind & loving marriage.  You watched your parents work as a team together, your team.  You knew you were number one.  You got to enjoy family vacations, playing any sport you wanted, have your friends over & have some of the best parties EVER.  You were shown pride, honor, dignity, love, respect, truth, compassion, affection, strictness, and forgiveness.  You watched two adults change while maintaining their self-worth.  You were watching your Mother as she learned to stand strong on her own as she went through a divorce.  You watched me be frugal, handle finances and got to see first hand how they can change,  and how to manage them.  What is important and what is not.  You saw me be sassy, spirited, stubborn, opinionated, self-loved, motivated, hurt, happy, angry, independent, involved, and even weak at times.  You watched my friendships blossom with old friends, new friendships develop and even some friendships disappear.  You watched as I opened up to another man, other than your father & you accepted him.  You embraced him & allowed me to be happy – without guilt.

But, did you learn anything from what you experienced?  That is the question I as your Mother worry about every single day.  I know you had chores, there were consequences to your actions, you were loved, hugged & kissed daily.  That you said, “yes ma’am & yes sir”, you opened doors for others, you didn’t liter, you smiled, you laughed, you learned because I watched it happen.  But, do you remember, did it stick with you.  Have you forgotten about all the good?

The only guarantee in this life is CHANGE!  Change is around us every second of every day.  As ugly as this world is, there is still beauty to be seen.  It is up to us to choose to see the beauty.  We start by looking at ourselves & seeing the beauty within.  See yourself for who you really are, a loving child of God who has so much to give this world.  Look in the mirror and see yourself, see your flaws, embrace them, if you can change them – work on them.  See your mind – educate it, use it.  See your heart – open it.  Don’t hold back with fear, allowing yourself to not live a full life because you are afraid of being hurt, failing or being rejected.  See all the mistakes from your past & know that they are learning experiences and you can and will grow from them.  They aren’t mistakes if you continue to make them.  Repeating them means they are just bad choices that you continue to choose to make.  See all the flaws you have and make them work for you, not against you.  Create the person you want to be by: knowing you are never alone, loving yourself, being honest with yourself, respecting yourself, respecting others, loving others, setting goals and achieving them.  You have so many qualities that I can’t even begin to list them all.  See them, see what I see, see what others see.

I have tried each and everyday to live my life as if it were my last.  There are many many things around us daily that remind us – it could be ME.  I could become ill, I could lose a sense, I could die today.  It could be you, it could be any one of us.  Time is too precious to waste & have nothing that really truly is important to you – and I don’t mean “things”.  Embrace yourself, those you love, and the things that make you happy – truly happy!  L I V E

Sometimes you will never know the true value of a moment until it becomes a memory ~ Dr. Suess

To Joey, With Love ~ this is a move that is a perfect example of what I’m talking about for even in death from cancer – they managed to remember what was important & to share it with the world.  God & Love.

I have been mentally preparing myself for this moment since my son became a teenager.  I have listened to others along the way say how difficult emotionally it was for them to realize their child was graduating.  That they would leave the home and go out into the world and do their own thing.  Over the years, I made sure I was there every step of the way, for each and every milestone.  Going into class with you and watching you learn and make friends and see how the Teachers loved you, is something irreplaceable.  You were very popular in school and always always had the girls chasing after you.  Some of the best memories I have are from your youngest years in school.  The bonds and friendships that you made with classmates, Teachers and other parents.  I truly felt that when this day came, I would not be able to contain myself or my tears.  I mean you are my first born child.  Eian, you taught me everything about being a mother.  Eian was actually an easy child, it was a smooth process until his teen years anyways.  It’s kind of funny too because Eian is the child that I almost died giving birth to.  Who would have thought?

Eian has always been my story teller.  The one who liked to pull pranks and scare people.  Trust me over the years he has pulled

some pranks that have not made me happy.  The kid has almost caused me to have a stroke many a times with these pranks.  As a child he always wanted another friend with him & he was always pretty private.  He has a giving heart but, he chooses not to let others know about it.  He has a taste for the finer things in life and yet he is simple.  He is a soft and genuine young man.  He is rational & gentle yet has the strength of a warrior.  He was not built for giving up on anything.  He has a dumb look that always makes me chuckle and he doesn’t even realize he is doing it.  His snicker is well just that a snicker, not a laugh and it’s cute.  He is quiet yet social.  He wanted to play and be a part of every sport possible.  You can’t play everything.  He played basketball, soccer, was a fantastic swimmer!!  He was a strong football & baseball player for both Frankfort & Clinton Prairie.  He is naturally skilled athletically.  Rest assured – I was his biggest fan!!!!  We had the rowdiest section in the stands – my friends and his friends made it LOUD & Eian never disappointed the crowd. 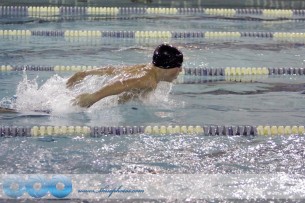 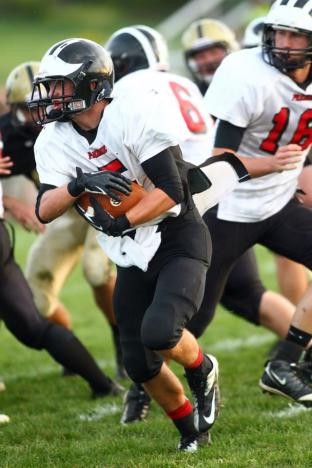 One thing you may not know about Eian is his faithfulness.  Eian keeps his feelings to himself and sometimes he just likes to stir the pot for fun.  However; question his faith in God and you will see just how loyal in it he is.  He remembers me reading the bible to him and I am pleased to share our love of Lord together.

He has a very sick sense of humor and thinks it’s hilarious to talk about poop and farting.He likes to wear hats, go fishing, drink beer and play games on XBox, Playstation and or whatever it is he plays now.  Eian is naturally good at everything he does.  I remember the first time we went ice skating.  I could barely keep my balance & he and his brother both were skating backwards before I made it 1/4 of the way around the rink.  He was a fantastic swimmer in school and yet he doesn’t really like being in the water.  He loves listening to music and is a country boy at heart.  He didn’t always want to do his homework nor attend classes but, he managed to figure it out.  He also always says to me, “mom why didn’t you let me play hockey, I would have been great at hockey”? 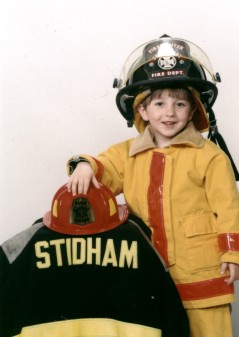 As a child he was obsessed with fire fighting and the Military.  When he was little he wore a fire uniform & road around on a fire truck power wheel, his Grandpa Bill even installed a pole in his garage that you could access from the loft just so they could slide down the pole.  He loved airplanes and talked about the air force non stopped.  When our family friend Tim Simpson joined the Army Eian began talking about the Army.  Our Bradford family friends whom we were very close with, moved from state to state due to different duty stations & I think that finalized his thoughts of where he wanted to be in the Military.  He goes to bootcamp soon after graduation to become a soldier.  He has been very patriotic and I have no doubt he will excel in whatever he chooses to do.

One of his favorite movies if the 5th Quarter.

Who would have thought my first born would be so perfect.  I got to experience motherhood for the first time with you.  You were my first in it all.  Eian and I have a special bond that can never be broken.  I have many words of advice but, no one has time for all that.  So, I’ll leave you with just a few.  Set your goals high, don’t allow anyone including yourself tell you there is anything you can’t do.  The only limitations you have are yourself.  Dedication and determination while being a good human being is all you need son.  Take care of your body you only have one.

Here is his graduation video.  If you have time to watch, enjoy.  It gives you an overview of his 18 years with myself and all his friends and family along the way.